GTTM (Going Through The Motions) is a serious condition characterized by a lack of interest, enthusiasm, or concern. Someone is described as “going through the motions” when they make a feeble effort to do something.

GTTM appears to be a cousin of apathy. Leading apathy researchers define GTTM as doing something unconsciously versus doing something intentionally and with meaning. Not too surprisingly, researchers have also linked GTTM to cases of Corporate Cognitive Dissonance (CCD).

More research is needed to determine if GTTM is a result of apathy or being lazy. GTTM can be associated with doing something because you are expected to do it and not because you want to do it. Individuals who exhibit GTTM are often doing something without believing it is important.

Some scholars are beginning to suggest that GTTM may actually be a learned behavior. In other words, GTTM may actually be developed over time and influenced by environmental conditions. This hypothesis seems to have merit. Most young children tend to be idealist. As individuals age, they tend to become realistic and lazy.

Efforts are already underway by some researchers to prove the linkages between GTTM, apathy, and CCD. For example, in one study, researchers are trying to determine if GTTM is a rational response to RFPs (request for proposal) for ITAD (IT asset disposition) services…very exciting research!

Social scientists warn that it may be several years before they can find conclusive evidence. It will likely be several more years before a cure is found. In the meantime, here are some symptoms / expressions of individuals afflicted by GTTM:

Scientists advise that research is needed to determine how to detect and best treat GTTM. Most agree that education will certainly play a key part in the cure.

Until there is an effective cure, researchers caution against trying household remedies to cure GTTM. The vast majority of individuals suffering from GTTM are smart, rational, and professional. Severe cases of GTTM, however, can be dangerous. It rare case, sufferers of GTTM have been found to become extremely defensive and even hostile if provoked. 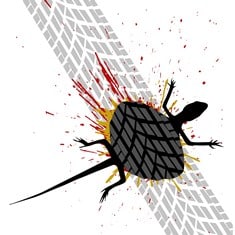 15 minutes could save you $15 million